Julian is the founder of Doing English, a place for frustrated non-native English speakers who want to speak extraordinary English, creator of the infamous MEFA English course and leader of the League of Extraordinary English Speakers (the MEFA graduate programme). 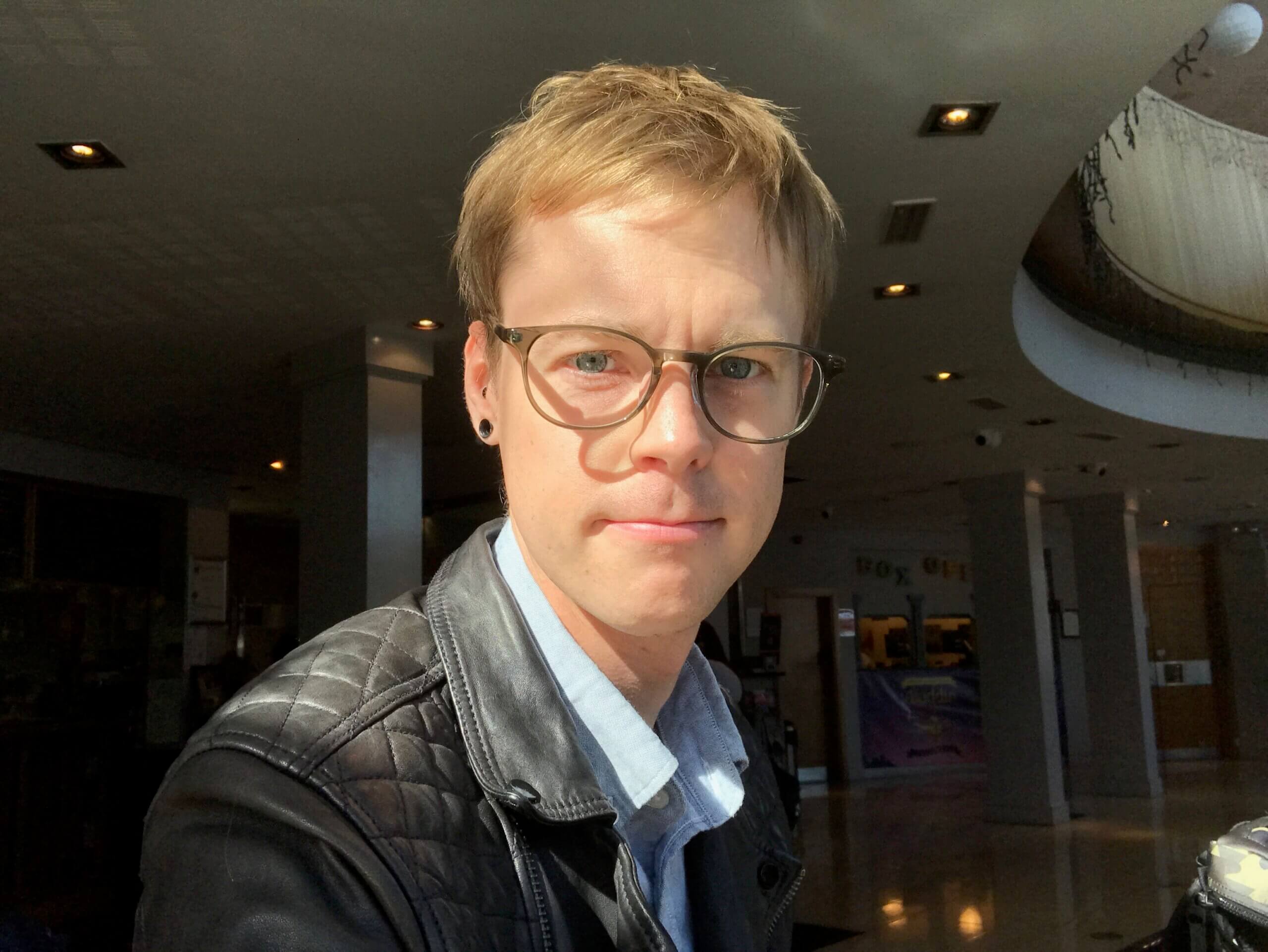 In January 2013, I announced to my members group, the Extraordinary English Speakers, that I was going to write a book. ‘This is going to be easy,’ I said. ‘I’ve thought about it and I’m going to be able to write with no problem whatsoever, and in six months time my book will be on sale. You’ll be able to buy this book.’

Well, six months from that announcement I was still faffing around thinking, ‘What kind of book shall I write? What should I put into this book?’

Two years after that, I was still stuck.

Which was frustrating because I had good reasons for writing one.

I think the first reason I wanted to write a book was really just because it was something I wanted to do. There’s this kind of status attached to writing a book, isn’t there? Just being able to say to people, “I’ve written a book, I’ll have you know. I’m a published author.”

The reason I started was a bit of an ego trip… but also I knew a book would be useful in my business as a tool for selling myself, marketing myself, building credibility. Because of that status attached to being an author. When you’ve got a book out there, everybody looks at you differently.

“Wow, you’re an expert in this. You’ve published a book.”

I wrote a book for a combination of factors, really. Mainly marketing myself better. I wanted to give people who are new to me something simple they can pick up, get their teeth into, and get a feel for my style and the way I like to do things. They can do that easily before they invest in one of my significantly more expensive coaching programmes or courses.

But in order to use the book, I had to write the thing. And I couldn’t.

The annoying thing is, I must have written three or four books, or the equivalent, in raw words. I’m an English teacher and I write a lot – but it was a total mess, because I did what I guess a lot of people do: I got completely overwhelmed with the potential of what could go into the book.

I wanted to take everything in my head, the mass of knowledge I have, and just dump it into a single book. That would’ve been ridiculous. It would have been thousands of pages long and nobody would have wanted to read a book like that. It was overwhelming.

Getting it Done in Tiny Beetle Steps

So I started to think I needed somebody who can take this process and break it down for me, and make it more palatable. Someone who could give me the process of writing a book in a step-by-step format so I don’t have to think about all these things, so I don’t have to get overwhelmed with all the potential, all the possibilities, all the things that I could be doing right now, but probably aren’t the things I should be doing at this stage in the writing.

I went looking for a course, for somebody to spoonfeed me the process so I could breathe a little bit and get it done a little bit at a time without going crazy.

I was sold on the process. I was sold on the course. The only thing that made me hesitate slightly was the timing. I was in Nottingham in the middle of a massive research project doing 16 and 17-hour days in the psycholinguistics lab. I didn’t want to hand over the money and be really excited about starting – knowing I realistically couldn’t do it.

I wanted to get started quicker than I did.

One Book Snowballed into Many

I did go through the entire course, and I followed the whole thing step by step, and what happened was one book – then two books, three books, and then four more. They’re all on Amazon. I published lots and lots of books after I got started.

But the main thing that happened for me – and it was significant and a quick result – was getting down a proper outline. One of the first things you get your clients to do is write a proper outline and that was a huge step for me because, stupid as it sounds, I hadn’t done it.

I was trying to just write a book. And that wasn’t working for me at all.

I suffer from terrible paralysis by analysis. I overthink things to a ridiculous extent then get so frustrated and bogged down in the details and overwhelmed that I never actually get anything done.

So I followed the process Vicky gave me in such easy-to-consume, palatable steps. And I came up with an outline, which she then critiqued. And that made all the difference for me. That was the big turning point in my book-writing process. Simply Vicky looking at that outline and saying, ‘Looks good to me. Get on with it.’

I had so many things I wanted to talk about that once I went through the course and I had my main book done and under my belt, I came out of the writing process with all this extra stuff I couldn’t put into the original book: notes I’d written and stories to tell. That’s really where my other books started.

And it was almost like once I’d written one book, it was really easy to then sit down and just start banging out more. I don’t want to devalue the books by saying I just sat down and banged them out, but I mean my book, Think English, Speak English, is one of my all-time bestsellers. I call it a book, but it’s basically a pamphlet. It sells five or six copies a day, and has done for a couple of years now. I wrote it in a morning from the leftover notes I had from going through Vicky’s process and writing my main book. That was a huge benefit. Perhaps not something that was specifically a part of Vicky’s process, but which came from doing the work.

Sell it Before You’ve Finished

Vicky helped me a lot with the marketing side of things, too – she’s slightly unusual in that her background is in direct response marketing. I was doing a lot of this marketing anyway, but she reframed things in the context of writing and selling a book.

That was extremely helpful because it meant I paid for the entire book-writing process before I’d even published the book – because I followed Vicky’s process. She talks about pre-selling the book, and I did – and I paid for the whole thing in the first 14 days of pre-selling it. So every book I’ve sold since then has been profit, which is nice.

“My Book Transformed My Business”

Writing a book completely changed my business. Those first books are still my main and best form of lead generation. I’m in a slightly bizarre situation: my market is people coming to English as a second language. One of the doubts I had was that I’m teaching, and marketing, and selling, and talking to people who are in need of English lessons IN English. I wondered if it would be a mistake to write a book about how to learn English in English. Would people actually want to sit down and read a book in a language that they are learning?

And it turns out the answer is “yes”. And not only that, they seem to want a book more than a lot of the other stuff I was doing. I make lots of videos, audios, and podcast – but actually my books have always been more successful for me.

So if you think you’ve got a book in you, I highly recommend doing it, putting it out there, because I think you’ll be pleasantly surprised at just how far a good book – and I think that is the operative word there – a GOOD book that you’ve written can take you. You will be more than pleasantly surprised about what it can do for your business.

Get Vicky to help you. Get her to break the process down and just take it from there. Trust me. 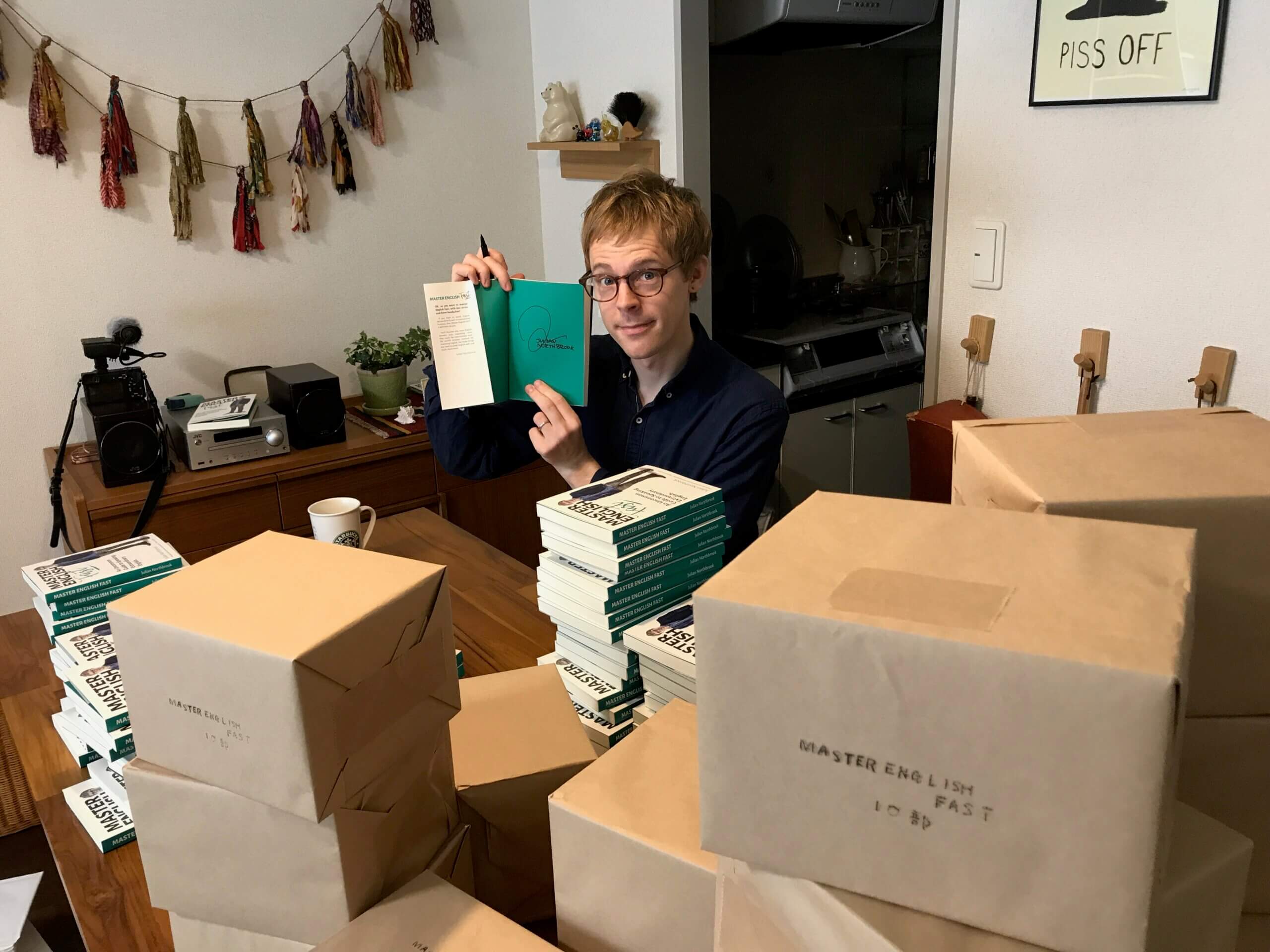 You can buy a copy of Julian's book from his website:

If you’re struggling to learn English and speak English in your work, business or daily life you need Julian in your life.

Master English FAST: An Uncommon Guide to Speaking Extraordinary English will get you started on the right track by showing you step-by-step what to do as an intermediate or advanced English learner to speak English as a second language.

I'm on a mission to create 1,000 business owner-authors and help them transform their lives and businesses. Join us: order your copy of How The Hell Do You Write A Book? today.

Click the button below and you'll go straight to the order form. Fill in your information and you'll get access to your order bonuses immediately – and I'll let you know when your book is on its way!