Kathy Scott: Hands On At Work

Kathy Scott has been a massage therapist for 12 years and runs Hands On At Work, her own corporate massage business. The knowledge she’s gained has allowed her to specialise and create work for other therapists—and now she’s sharing her story with you. 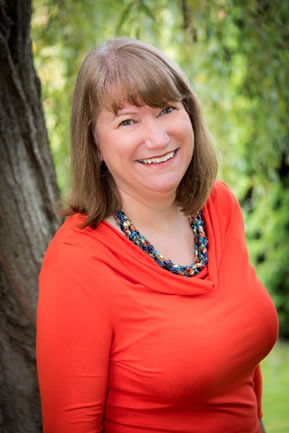 I think probably because there really aren't too many books out there specifically dealing with running a massage business and those that there are tend to concentrate on what I call the nuts and bolts of the business. Like setting up your clinic, the health and safety, how are you going to do your appointments etc.

And all that sort of stuff that you need to know but I didn't feel as if there was anything out there that really shared personal experiences of the ups and downs along the way. I just thought that it would be good to do something like that really. I only came across one book that looked as if it was probably written in those sorts of terms.

And apart from that I thought it'd be quite good fun.

Because I desperately needed help, I think.  Again, it's one of these things that a lot of people say, “Oh yeah, I'd love to write a book”, but you don't really have any idea where to start. I have been stalking Vicky for about three years. I came across her

when she was a speaker on a digital marketing agency course thing I was doing with Spaghetti Agency and she was a guest speaker. And I remember listening to her and thinking, “Oh I really like you” and felt as if there was a sort of connection. I liked her personality and everything else, and she mentioned signing up for her daily emails, which is what I did.

So that was sort of the start of it really, I suppose. But like a lot of people and like she often says, you sort of think, “Why would anybody be interested in what I've got to say?” So you don't do anything about it. But just before the lockdown last year,  I did a podcast with a local coach. He's a wellbeing coach, a nice, friendly, fun one. who basically said, would I do a podcast with him about massage benefits and stuff like that. So we did that and then he just started saying, well, “How did you get into this then?” And I told him about how it was a career move and I remember him saying “I think people would be really interested in that”. And I didn't really think more of it, and then in February last year, Vicky was doing this 29 day challenge about writing something every day. And so I thought I'd have a go at that. And I thought, “Oh, I really like this.”

And of course some of those questions were business related, like who's your worst client and I think those two things probably sowed the seed in my head that this was something that I could probably do. And then of course come March and the lockdown there was no way I could actually practice massage.

So I thought, “Well, perhaps now's the time to actually write about it then.” So I bought her book and I just thought, “yeah, this is it”. TIt was the 29 day challenge to be honest that ignited the passion. Because when I was younger, when I was at school, I used to love stories, writing them and reading them.

English literature was my only favorite subject to be honest. And you sort of lose it along the way when you get to be an adult and you have to do boring things. So it's been quite nice to go back to doing that.

Okay. So I'd been following her emails for quite some time. I  got a feel for the way she works and the type of person that comes across. She might be completely different. I don't know!

No, I didn't have any concerns at all. I just thought if I'm going to write a book then this is the person who's going to help me do it.

I found the process very, very easy, to be honest, because I was going by the advice in her book, How the Hell Do You Write a Book which is very logical. And all the worries that you would have of putting everything down and then thinking there's no sort of structure to it, her advice and all of the additional advice on her website and about how to structure the book, how to outline it. All of it was just hugely helpful. I mean, I just wouldn't have had a clue otherwise, and it probably would have just been a rambling mess cause that's how I speak and that's how I write!  She made it so easy. I mean obviously there were times where I thought “Arg, I've got stuck I don't know where to go with this” but all the advice and the help that was there just made it great fun to do, really exciting.

Having her knowledge and advice of having been there and done it, I suppose. And obviously her expertise, because as I say, otherwise I might have started writing something, but I wouldn't have had a clue how to put it all together into something that would be comprehensible to anybody else.

So her expertise, definitely. The encouragement as well, all along. The way she writes and advises is not in a way where you’ve got to do steps one, two, and three, and that sort of a rigid way. You can adapt it to your own style, but she's always there to help and pick you up if you're feeling a bit down.

You do get to the stage where you think  “I really can't do this. This is a waste of time. What am I bothering with this for?” And she was always there. Perhaps if you'd signed up to an online book writing course or something where you just read from a manual: steps, one, two, and three, I probably wouldn't have done it, but it's the human element to it, being with you every sort of step of the way.

I did get to a point where I'd effectively written the book, but I was just faffing with it, not knowing what to do with it next and I probably wasted a couple of months just staring at this thing, you know? So in the end I gave in and went “Help!”

We had one Zoom chat and we’d sorted it.

One of the girls, her name is Marie Jenkins, who I think has been in touch with Vicky for some advice because she's writing a book as well. I'd said to her about what I was doing and that I'd used Vicky and all of this sort of thing and it inspired her as well to start writing a book. And her business is all about mental health and wellbeing. And I said to her that at the moment that's going to be a huge thing for people. So I liked the fact that I did manage to write my book has inspired her to write a book. She’s halfway through that now, which is quite nice.

But it was also Maria who tagged me into a post on LinkedIn about business book awards. And so it was anybody who's written a business book in 2020 and I would never have known about it but I thought, “Why not.” So I went in for it and I was just absolutely over the moon that it got highly commended in the specialist business book section.I wrote it because I didn't think there were enough books out there specifically to do the massage business and so that’s just an accolade, but it made me think, “Okay, you're on the right track”. I was absolutely beside myself. It was brilliant. All in all, it's been a very good experience. 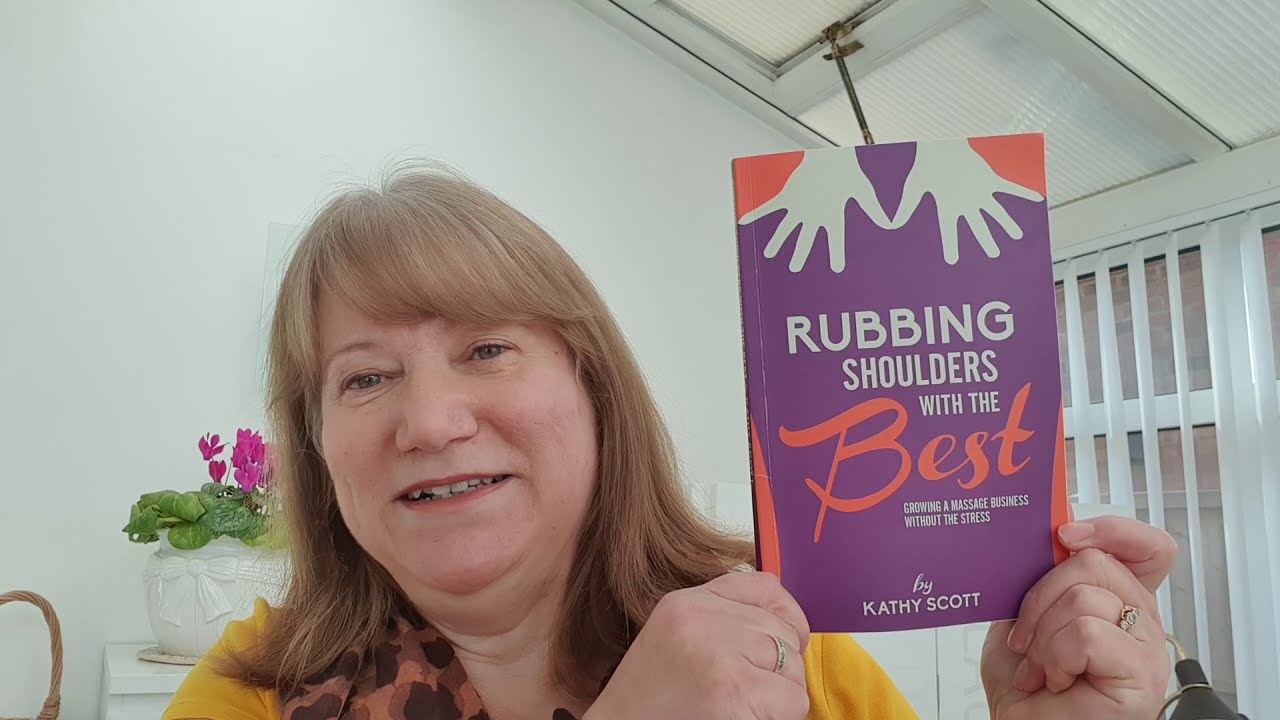 Rubbing Shoulders with the Best

I'm on a mission to create 1,000 business owner-authors and help them transform their lives and businesses. Join us: order your copy of How The Hell Do You Write A Book today.

Click the button below and you'll go straight to the order form. Fill in your information and I’ll pop your book in the post right away!