Renae helps go-getters and professional women drop the shame, shoulds, and shitty self-talk so they can show up with the confidence and certainty they want.

If you are a professional woman who feels like something is "off". You are tired of self-doubt and anxiety running your life, you know better is possible but aren't sure how to get there, Renae can help. 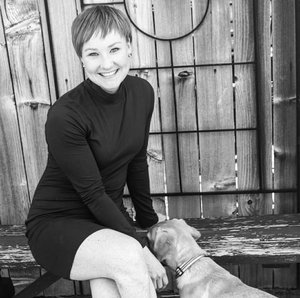 For two reasons, one to just kind of share my own story, but also two, as an additional way to get people to know and learn about me and my coaching services and just kind of bring them in a little bit.

Because I had no idea what I was doing. I was like, am I way off base? Does any of this make sense? Does this suck? What do I do? And I just needed someone to just kind of give me some kind of container.

I guess I wasn't really that worried. I guess my only concern was, is this going to be enough time to help me? Are you going to be able to help me. I wasn't that concerned, but I guess that was just kind of a mild concern of, is this really gonna work? I've never worked with a book coach really, but, yeah, it worked. It's working!

I found it so helpful. So amazing. She gave me a couple different ideas for writing my book,  and just bounced it back off of me. What did I think was going to be better? What did I want to do? But she also did give me some feedback and suggestions, which is what I wanted and needed, because I don't know what I don't know.

You know why I ended up working with Vicky? Cause I had a consultation with another book coach, three or four days before Vicky - and I told Vicky this too - you know what I liked? And what made me decide to work with you? One was that Hillary had suggested her, but two was because after we had our consultation, Vicky friended me and started liking my stuff and started engaging with me.

And I really wanted someone like that. I wanted someone that I felt like was going to actually give a shit about me and what I was writing. Like whether or not she does, I don't care, but at least make me feel like it, you know? And so that other coach, I just felt was sterile and like, okay, this is what we're going to do. I didn't really feel like she cared all that much. And so with Vicky, I felt like she was really interested and invested, and actually cared about what I was writing and wanted to support me on this.

The Voxer support was really great just for when I got stuck on a couple of things. She could just kind of jump in there and give me some feedback on it. Also, our followup sessions were really helpful, so we could kind of recreate that structure. And just her reminding me not to get all - and I still do this - but to continue thinking of the big picture, don't get so overwhelmed. Because that is something, that's the process where I'm at right now, where I'm just so overwhelmed and I don't want to do it. And she's like, just think of the big picture. You don't have to get all the nitty gritty. And so trying to remind myself of that.

I mean, I feel like I really kind of got that across. Something that I really liked about her is that she genuinely seems to care and she's invested and she gives you, like, I could tell that she read my book and she had good insight and good questions and great feedback.

I'm on a mission to create 1,000 business owner-authors and help them transform their lives and businesses. Join us: order your copy of How The Hell Do You Write A Book today.

Click the button below and you'll go straight to the order form. Fill in your information and I’ll pop your book in the post right away!