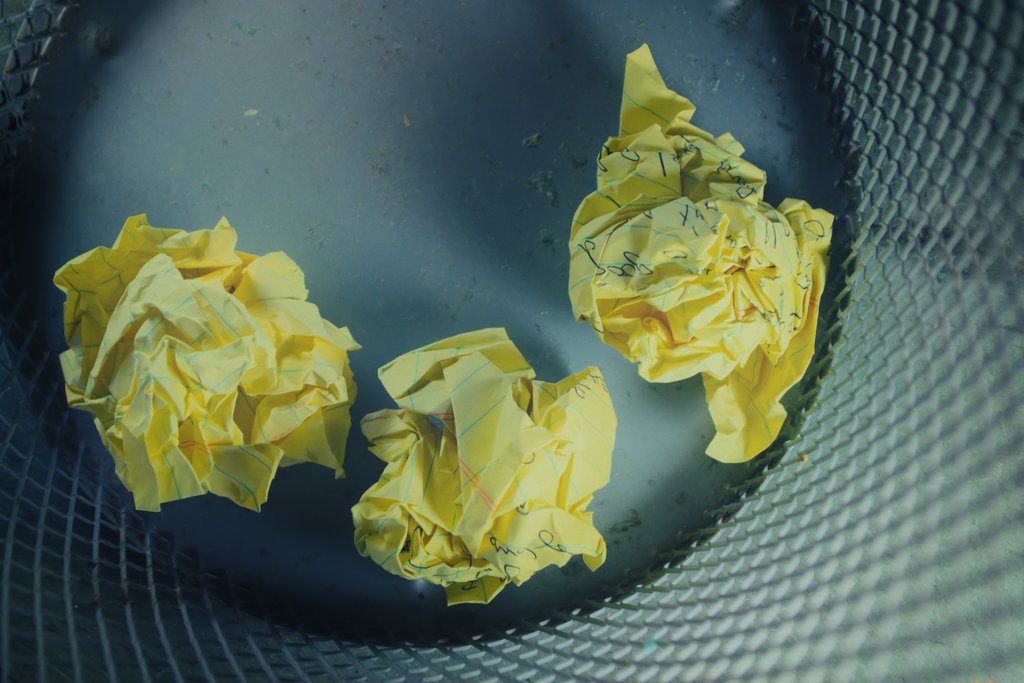 Sometimes your words will be crap

For the past three days, I have sat at my laptop first thing in the morning and cried tears of frustration.

Every word I've written has been dragged out of my brain with forceps and no pain relief – and arranging those words on the page has been torture.

Almost everything I've written has been total crap by my usual standards.

It's not just been my articles and emails either; I've been trying to write fiction and come up with cool ideas and it's like my brain has been replaced with mashed potato. I've felt like the least creative person on this planet.

And I have wanted to give up.

(Seriously, when I get like this, I actually check the job ads in local shops and cafés.)

I haven't given up, though.

(Obviously. You're reading this.)

I had to remind myself that sometimes everything I do will be crap.

It'll be hard. It'll seem like more trouble than its worth. But that's okay, because I've done it anyway and doing it is faaaaaaar better than not doing it.

This mashed-potato brain is still bubbling away now.

I still haven't come up with a cool idea.

I still haven't written any words I'm proud of – but I'm gonna keep writing crap words anyway because that's the only way I'll eventually write stuff that's acceptable to me.

So if you're trying to write a book – or an article, or an email, or a blog post, or a letter, or a story – and you feel like it should be easier than it is... I hear ya.

I would love it to be easier than this.

And if you're thinking of giving up: please don't because I know you have great words inside you struggling to get out.

I reckon we just have to let the bad ones go first so they can get out of the way and fall at the wayside, like the hare.

Let's be the tortoise instead. It'll take us longer, but we'll get there in the end.