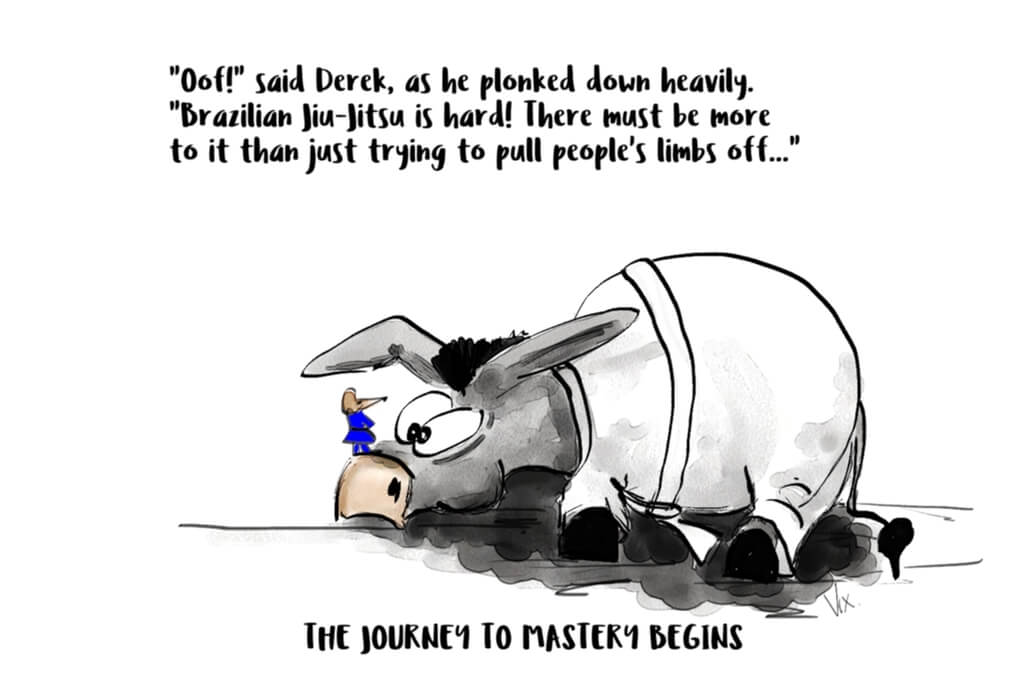 The Splendour Of Hard Things

It’s much easier to laze around on the sofa than it is to stand up and do the thing you need to do.

Right? I'm extremely talented at lazing around, half-in and half-out of a box of Quality Street.

We’re wired to be lazy.

So why on earth would we want to do hard things at all?

Listen to the podcast here:

Why take the rocky road when we could laze on the sofa instead?

“I’m afraid my writing won’t be good enough. And a while ago, upon sharing my desire to write a book, someone I knew responded by saying, ‘everything has already been written!’ Not being one to accept defeat over the weekend I started again.”

My friend, I am cheering you on.

The quote above is from one of my email subscribers. He said I’ve probably heard something similar many times, and he’s right—I have. Between our own inner dickheads and other people’s dickheads, it’s a wonder any books ever get written.

Writing a book is hard. Really hard. And it’s not made any easier when a “friend” says something dismissive like “everything has already been written!”

I have a theory about why people do this, and it’s related to why people are feeders (you know the ones—colleagues and friends who, upon hearing you’re trying to get fitter and healthier and lose weight, start plying you with cakes and sweets).

When we decide to do something hard—like write a book or get fit and healthy—we hold a mirror up to people who won’t make a change in their own lives. We shine a spotlight on all their weaknesses as we roll our sleeves up and get on with the hard things. And instead of encouraging us and being inspired to do something hard themselves, they try—usually unconsciously—to sabotage us instead.

I don’t blame them; not really. It’s much easier to laze around on the sofa than it is to stand up and do the thing you need to do. We’re wired to be lazy. Humans evolved in a time of great scarcity: food was scarce, shelter was scarce, safety was rare. We’re wired to conserve as many calories as we can, which means whenever we want to do something that uses lots of energy—like getting fit or writing a book—our brains rebel.

So why on earth would we want to do hard things at all?

Many reasons, but most of all because it makes us happy. Everyone should do something hard at some point because hard things shape who we are. They make us realise what we’re truly capable of—which is far more than we think.

And once we’ve achieved the hard thing we weren’t sure we could do, it becomes easier to do it again.

I never thought I could write a book... but I did, back in 2015. Then I wrote another, for a client. And another, and more, until I’d written 15 books—and I’ve just published a second book of my own.

Conquer the hard thing and it becomes easier. Not only that, but other hard things become more achievable.

Here’s another reason to do the hard thing: it makes us appreciate what’s worth doing well. This is crucial because the most important things in life are difficult. The easy things are fleeting. I mean, watching Netflix is easy and enjoyable... but it’s not important, right?

Creating and perfecting a trapeze routine, then performing and winning a competition is absolutely not easy... but it’s important. To me, anyway. And not just for the trophy and the glory, but because now I know I can do more and be more.

Learning a new language or a musical instrument is hard, but it’s incredibly rewarding because you have a new skill—but you also learn a lot about the type of people who speak languages or play instruments. You learn something about a different part of culture. And you learn about who you are.

Writing a book (which is hard) makes you see things in yourself — your writing, your worldview, your weird way of expressing ideas — that you didn’t notice before. I often don’t really know what I think of something until I write it down. Having to articulate it helps.

We never achieve great things if we take the easy route; if success and greatness were easy, we’d all be successful and at the absolute tops of our mountains, but we’re not. That’s because getting there requires us to do hard things, and most people aren’t willing to do hard things.

Whatever success and greatness mean to you, figure out what you need to do to get there.

And never give up.

Ready to do the hard thing and write your book? Start here, with the only guide you’ll need.