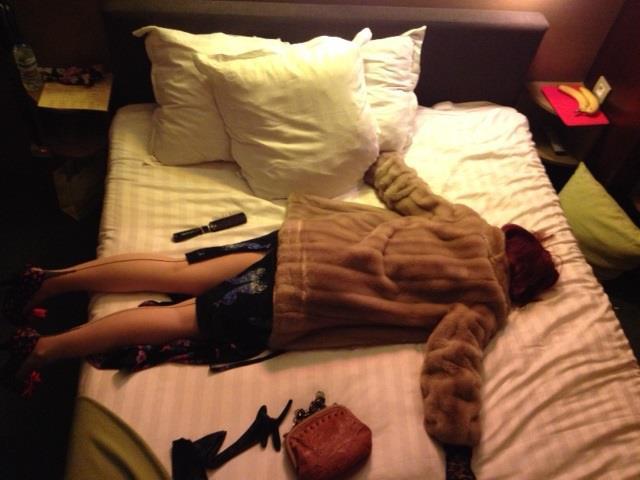 The Virtues of Idleness

In 410BC, on a warm Tuesday evening at approximately 9.15 pm, Socrates’s wife Xanthippe slapped an empty plate down in front of him at dinner.

She was making a point: she ran the household and raised his kids, and Socrates… well, Socrates refused to bath or trim his beard, and spent his days loafing around talking shit with his bros.

He wasn’t bringing any money into the household, so Xanthippe refused to put any food into Socrates.

(Of course, everything I’ve just written is speculation but I like to think it happened.)

What’s true, though, is he was a philosopher—an accomplished and highly skilled idler.

He must have been maddening to live with, especially as Xanthippe probably liked the idea of idling, too, but had no time to do so.

Which is the subject of this week’s Notes in the Margin: time to idle and the value of loafing around, which is something I aspire to become better at.

Because without idlers, there would be no progress.

Hear me out—and come back with me, if you will, to 400AD or thereabouts when St Jerome said something along the lines of, “Idle hands are the devil’s tools.” Chaucer repeated it later on, in the 12th century—and I’m sure you’ve heard people say it today.

In 1675, King Charles II banned coffee in England, issuing his Proclamation for the Suppression of Coffee Houses just after Christmas. He said that coffeehouses “have produced very evil and dangerous effects” and were also a “disturbance of the peace and quiet realm.”

The idea of doing nothing, in the Western world at least, is looked upon with scorn and suspicion—because during these periods of idleness these men (I’ll come back to women later) were thinking. And writing. And wondering what would happen if they upset the status quo.

Take The Grecian, for instance, in Devreux Court, London. It was a meeting place for the “Learned Club”, whose members were “adjacent to the law”. There was a famous fight over the pronunciation of a Greek word, during which the coffee house door was stabbed with a sword. An actual sword.

Then there was the Turk’s Head in Westminster, famous for housing debates.

And Button’s Coffee House on Russell Street in Covent Garden—also known as the Lion’s Head Letter Box because coffee-drinkers could leave their writing there to be published in The Guardian—the local newspaper.

You’ll recognise some of the names who used to haunt these coffeehouses: John Dryden, Alexander Pope (whose poem Rape of the Lock sprang forth from coffeehouse gossip). Jonathan Swift, Henry Fielding, William Hogarth, and Oliver Goldsmith all loved their highly caffeinated idle time.

Big ideas sprang up, churned around, and got pulled apart by men with time to think.

Time to think? To debate? To challenge prevailing ideas and beliefs? To write them down and disseminate these explosive ideas to the masses?

And can you imagine if women had time to sit and think and debate and write and—oh, wait, that’s where women’s suffrage began. And what about poor people, and immigrants, and gay folks (hi Oscar Wilde!), and misfits, and weirdos? Those in charge definitely didn’t want any of this lot sitting around and thinking.

This idea of the devil making work for idle hands is embedded in the Western Protestant work ethic: diligence, discipline, frugality reigns.

I don’t know enough history and economics to write about this with authority, but I can’t help but feel like if we’re all kept busy, if we’re shamed and guilted into never taking rest and never “indulging” in nice things for ourselves, we don’t have the time or energy to wonder if there’s a different way—a better way—to live a life and run an economy.

Shame and Guilt Keep Us Moving

Here’s something I do know for sure, though: shame and guilt are two things that stand in the way of my idleness. I do everything at 489 mph, rushing from one thing to the next—and it’s not all because that’s the way I’m wired.

Mixed in with that is the feeling that if I’m simply sitting or lounging and listening, or thinking, or not doing anything “productive” at all, I’m somehow a Bad Person. That my worth is tied into how much “productive stuff” I can do in a day, an hour, a minute.

And so it’s no wonder I struggle to find time to write as much as I want to: if it’s not directly related to my business or my clients, it’s an indulgence. A waste of time.

Which is something I’m working on constantly.

I have two mantras:

Playing with ideas is not a waste of time.

I repeat these phrases to myself often. I have them written down and stuck to my wall. Every time I feel shame rising, I raise my shield and read what’s written on the back: It’s okay to rest, and playing with ideas is not a waste of time.

As a woman, I feel a particular responsibility to idle more often, because we’re way behind. What with children to raise, houses to keep, a historical lower level of education, and—today—jobs and businesses to run as well, we have less time than ever to idle. And less time to think, to be creative, to hold two opposing ideas in our minds and play with them, to challenge the status quo and create something wonderful.

Idle is not the same as sloth. “Lazy” is not akin to evil.

This is a clarion call for you to be more idle.

The brave new world we’re in already has robots—really cool ones. It doesn’t need human automatons; those times are past.

Our world, our future, needs thinkers, innovators, changemakers, and weirdos—and to be one of those people, we need time to idle.

Let go of the puritan capitalist work ethic and remember this: not all writing is physically putting words on a page. Writing is also staring out of the window, thinking, agonising, learning, conversation, watching, reading, observing, making notes, playing silly games, and rearranging thoughts.

We can’t put out until we’ve put in.

This article was inspired by this podcast episode. Go and listen, it’s great.