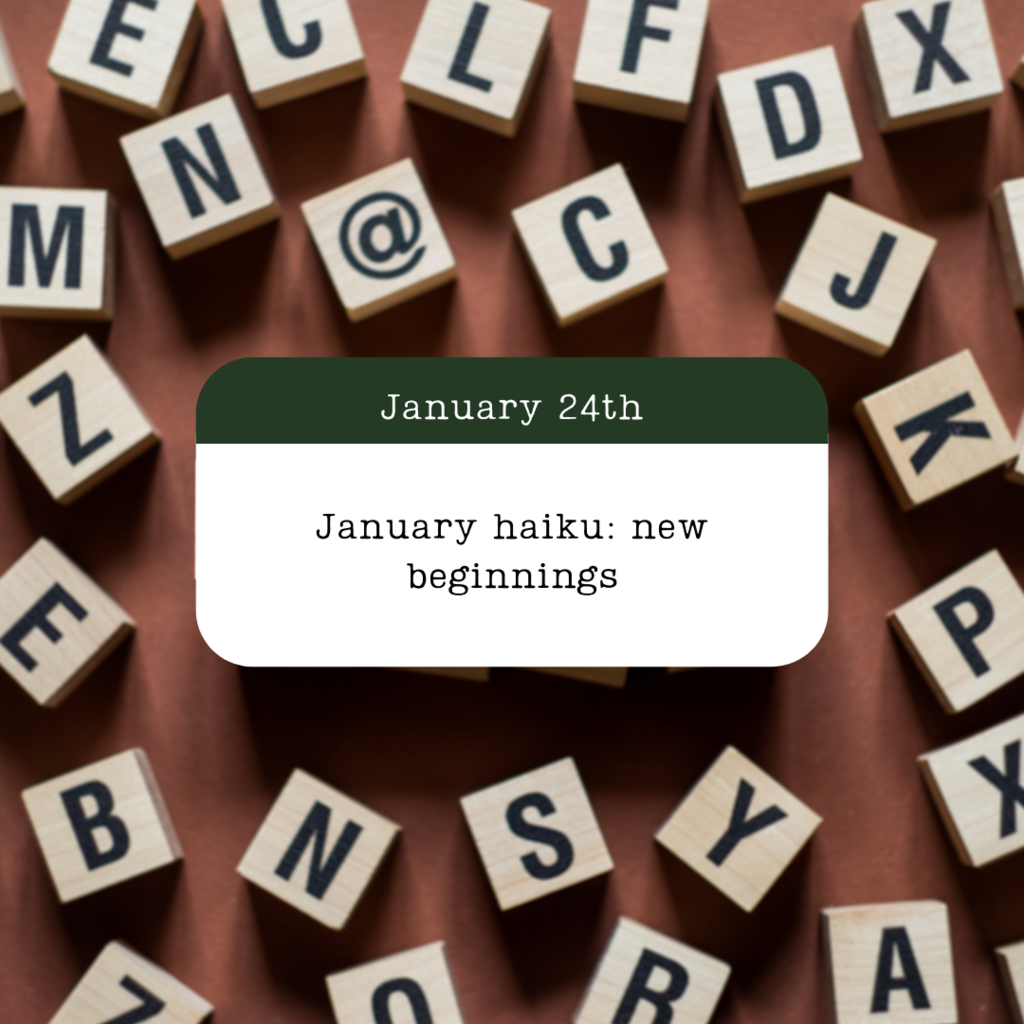 Forgive me if you already know this: a haiku is a poetry form that orginated in Japan.

Haiku is a type of short form poetry originally from Japan. Traditional Japanese haiku consist of three phrases that contain a kireji, or “cutting word”, 17 syllables in a 5, 7, 5 pattern, and a kigo, or seasonal reference. Similar poems that do not adhere to these rules are generally classified as senryū.

So most “haiku” are actually senryū.

Today’s prompt: write a senryū—or a haiku—on the theme of January. New beginnings. Throw in a seasonal reference if you like.

I try to write a senryū most days as part of my creative writing practice. They’re mostly not very good, but that’s okay. They spark ideas for other things, and some of them I work on until they are less bad.

Here’s mine to get you started:

Set your timer, and create your own senryū. Or haiku. 5 minutes. Go!