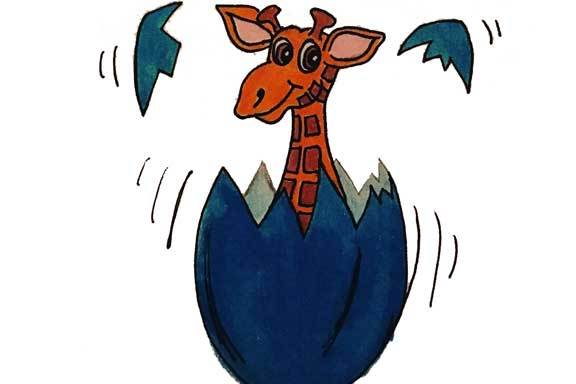 How To Think Up Your Big Book Idea

Why the flash of inspiration is a big fat myth, and if you wait for it, you’ll desiccate

I see you, sitting there, staring out of the window, waiting for a spark of inspiration to sleet down out of the ether and ignite you into glorious action.

I see you procrastinating because that Big Idea hasn’t hit you yet.

I see you, because I’ve been you.

And hey: I have bad news for you. The flash of inspiration you’re waiting for? It ain’t gonna happen. It is a myth; a myth that has stopped good writers from writing since humans first scratched their shopping list on the cave wall. If you want inspiration to strike, you need to create it yourself.

That’s the bad news—if you want to see it that way.

Here’s the good news: you are as creative as you want to be. Which means you’re in control of whether or not you have good ideas.

One of the most common excuses I hear for not rolling up their sleeves and writing a book is, “But I’m not creative enough! I’m not a writer!”

Don’t just expect your “muse” to show up. He won’t. He’s a bastard. You gotta put the work in.

“Amateurs sit and wait for inspiration, the rest of us just get up and go to work.”

Harsh, but true—and you’re not going to get any closer to writing your book if I just pat you on the head and reassure you “it’ll come”. It won’t.

You have to dig it out, grain by painful grain. But you don’t have to do it alone. You have help. Starting with your buried creativity.

You think creativity is solely the preserve of artists, musicians, and poets? Think again. The biggest problems in the world have been solved through creative thinking. The biggest advances in technology, science, and engineering have happened because of creativity.

You do have a creative mind, I promise you that.

Perhaps you just need to wake it up.

So I’m going to help you throw a virtual bucket of ice-cold water onto your brain—starting with a book recommendation.

Find, read, and use A Technique For Producing Ideas by James Webb Young. It’s a tiny book—only around 30 pages long. But I’ll summarise it here:

There’s no such thing as a brand-new idea; ideas happen when we combine old bits and pieces into new concepts. The ability to do this depends very much on how good you are at seeing relationships.

All new ideas come from a simple, five-step process:

I’m going to share some other techniques for coming up with ideas in a moment, but before I do, I have a tale to tell you.

A tale of a folk music duo and the book they’re writing at the moment.

Jay and Jon are Ninebarrow, and they make beautiful music together. Jay’s mum is a friend of mine, and she was telling me all about their business plans—big plans that will be totally alien to most musicians.

Ninebarrow don’t just want to sell CDs and play gigs. They want more than that, and they want to build a business that doesn’t just rely on them swapping time for money.

As part of that dream, they’re writing a book—and their Big Idea is magnificent.

Jay and Jon walk—a lot. They explore the Dorset countryside and coast, and while they’re out walking they come up with ideas for songs.

The book they’ve written is called Ninebarrow’s Dorset and it’s filled with their walks and the stories behind the songs they write.

When you’re a fan of a band or a writer or an artist, you want as much of them as you can get—so writing this book is a stroke of genius.

If you’re thinking something like, “All the books on my subject have already been written and I can’t come up with an original idea” try thinking sideways instead.

What’s your backstory? What’s the origin of your business? You don’t have to write a how-to book or a self-help book. You can write anything you want—as long as your ideal reader is interested in you.

And I can promise you this: if you have customers who love what you do, they are interested in you. The more of yourself you give to them, the more they’ll want and the more loyal they’ll become.

I know this, because I’ve done it. This isn’t theory gobbled up from someone else’s blog, chewed over, and spat back at you. This is my life; my business.

Perhaps you’re not ready to share your origin story yet, though, and that’s okay too. Because I have another idea for you…

Radical notion, I know, but… have you thought about talking to people? If you’re anything like me, that idea is intimidating, but here’s the thing: like everything else, talking to people gets easier with practice.

And you don’t have to do any of the work!

Grab your best client, take them for lunch, and ask them about themselves and their business, then shut up and listen.

We all love to talk about ourselves. Ask the right questions about what you’ve really done to help them. Ask how your business has helped them solve their problems and challenges. And ask what else they need that you haven’t yet done for them.

Record the conversation, if you can. If you can’t, make notes. Don’t let the ideas slip away, because there’ll be lots of them.

If you’re still stuck for a Big Idea, go hunting in Amazon, Lynda.com, and Udemy.

What’s on the bestseller list in your industry area? That’s a good sign people are hungry for what you’re offering.

What are the most popular courses at the moment? What do people want to know more about and learn?

It’s kind of counterintuitive, but if a marketplace is busy, it’s a good sign for you.

You don’t have to come up with a brand new idea; you simply have to give your customers and prospects your take on it. That’s what they’re interested in.

What’s your twist? How can you take that idea and make it more valuable for your reader?

Every time I read an article, blog, or book that makes me feel something or makes me think, I save it in Evernote.

Every time I hear a podcast or watch a video that sparks an idea, I save it.

When I hear a conversation that intrigues me, I make a note of it. When I see a billboard advert or a piece of art that moves me, I trap it so I can use it.

Then I tag everything so I can find it again.

You never know what’s going to spark your Big Idea, so become interested in everything… especially people, because it all comes down to people in the end. Human relationships. Why we do what we do.

That’s where all your Big Ideas ultimately end.

If you don’t have your Big Idea yet, but you want to write a book—go out and find it. It’s not going to come to you sitting in front of a blank page and sweating.

Your Big Idea won’t be able to land if you’re mindlessly scrolling Facebook in a hopeless frenzy of procrastination and distraction.

The real problem here is your Inner Dickhead. It’s convinced you that you’re not creative, that you don’t have anything valuable to put between the covers of a book, and nobody will want to read what you write.

Your Inner Dickhead is a liar.

Anyone can write a book, but most people won’t—because they let that voice in their heads talk them out of it.

So what are you waiting for?

Go out there and forge your Big Idea. Then write your damn book.

Vicky Fraser is the founder of Moxie Books and author of How The Hell Do You Write A Book and Business For Superheroes. She helps business owners write books, connect with readers and new customers, and grow their businesses. When she's not doing that, she's hanging from a trapeze by her feet.

Previous Post 10 Ways To Choose Your Book Title Next Post Will Writing A Business Book Make You Rich?